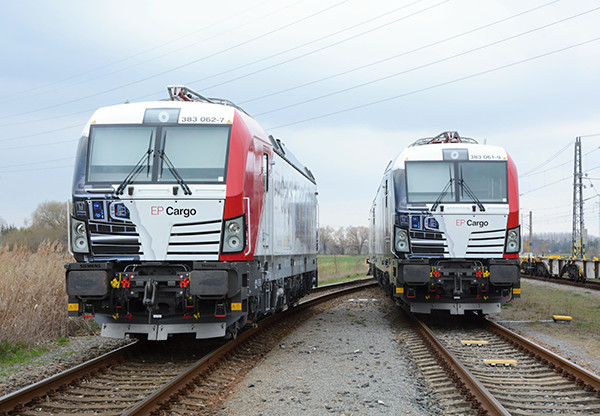 On February 28, 2019, all three Vectrons arrived in the Czech Republic, which were ordered by EP Cargo Invest (the part of Energy and Industry Holding, EPH) in November 2018 with the call option for 7 more years.

Gradually, all three locomotives were provided with the same stickers also applied to the previously supplied modern locomotives from its own park. On March 27, 2019, the first one of the locomotives was handed over to the customer. Other locomotives will be handed over in the following days after obtaining a piece homologation for Slovakia. EP Cargo Invest plans to deploy all three locomotives to implement its own EP Cargo Group project in Poland provided by its own capacities on EP Cargo's license, in particular coal transports from PG Silesia Mine and transportation on major corridors from Polish ports. In the long run, all three locomotives will be part of the LokoTrain affiliate pool, where they should be used throughout the Central European region for short and medium term rentals to various carriers. In this mode, LokoTrain currently operates six Vectrons - 4 rented from the ELL pool and two of its own.